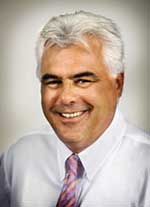 Dan Caouette, Founder of Cape Cod Pest Pros: I was born in Paterson, New Jersey, in 1955.  At a young age, I moved to Lakeville, MA, and attended St. Joseph Elementary School for nine years before going to Apponnoquet High School.  While attending high school, I was involved in many sports and believe to have learned my work ethic from my sports background.  I also studied music during high school and years after.

At age 14, I began working in a drive-in and became a manager by age 16.  I also worked in my father’s electric business as a helper.  Other jobs in my teens included dishwasher, lifeguard, and laborer.  I drove a tractor trailer during my twenties and thirties until I opened a small appliance store in New Bedford, MA.  It grew quite large in a short time and I had my first taste of being a business owner.

I kept the business for several years before selling it to a family.  After my wife and I decided to start our own family, I decided to sell the business.  Cape Cod seemed to be a wonderful place to raise our children.

While looking for a business opportunity, I moved to the Cape and became involved in the pest control industry.  In 2000, I opened Pest Pros and it’s been growing ever since.

After a few years, working to control pests, it became clear to me that the conditions that bred termites (damp, musty basements, rotted wood) are also prime conditions for mold growth.  As a pest controller, I was uniquely qualified to fight mold at the same time.  I started Mold Care Pros, a division of Pest Pros, to specialize in Mold Remediation and Prevention.

I have been heavily involved in Business Network International (BNI) where I have served as both a president and as a director of several chapters.  I conduct seminars on pest control and regularly attend SCORE business classes and other business seminars.  I also devote time to a program called “Mended Hearts,” where I speak to people about heart disease.